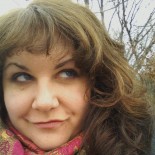 Click a link below to go to that section or scroll through to see all my work.

Institute for the Humanities Graduate Student Fellowship, University of Michigan, 2013-2014.

Community of Scholars Fellowship Program, Institute for Research on Women and Gender, University of Michigan, 2011.

Research Award Fellowship from the Institute for Research on Women and Gender, University of Michigan, 2009.

“‘I Used to Weigh 200:’ Race, Gender and the Body in the Career of Bessie Smith,” Community of Scholars Symposium, Institute for Research on Women and Gender, University of Michigan, October 2011.

“The Marketing of Gertrude ‘Ma’ Rainey’s ‘Prove It on Me Blues’ and Dialectics of Queer Popular Culture,” Berkshire Conference of Woman Historians, University of Massachusetts–Amherst, June 2011 (panel organizer).

“In Beef We Trust: The Spectacle of Fat Women in Turn of the Century Burlesque,” Midwest Popular Culture/American Culture Association conference, Indianapolis, October 2006.

History of Women in America

Race and Sexuality in American History

Values and Culture: Representations of the Body

“The Queer Blues Women: Identity and Performance during the Harlem Renaissance,” Women as Performers, University of Michigan, March 2014.

Interviewed for article, “The ‘Criminal’ Black Lesbian: Where Does This Damaging Stereotype Come From?” Code Switch column, NPR, 2016.

Interviewed for article, “The History of Lesbian Bars,” Broadly/VICE Media, 2015.

Author, “Marijuana, Race, and Music Cultures from Jazz to Hip Hop” Points: The Blog of the Alcohol and Drug History Society. Blog post for roundtable in honor of the 50th anniversary of Howard Becker’s book Becoming a Marihuana User, 2015.